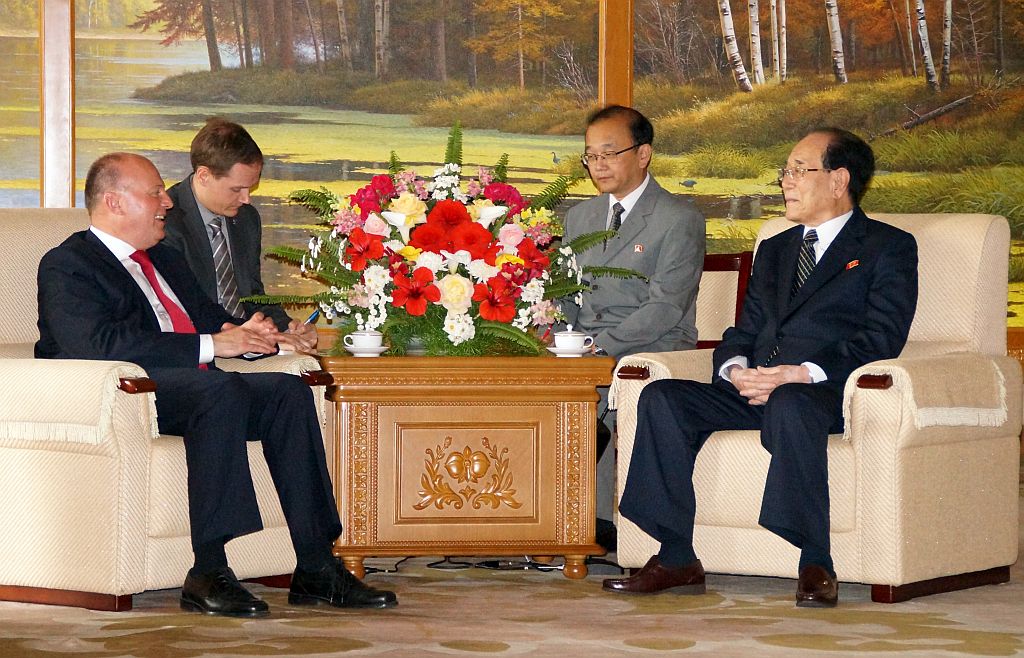 During his visit to North Korea, Koschyk MdB had a conference with President of the Presidium of the Supreme People’s Assembly of North Korea Kim Young-nam, Leader of Germany-North Korea Parliamentarians’ Friendship Association Lee Jong-hyuk and Vice Foreign Minister Goong Suk-ung, and looked around Wonsan of Gangwon province in North Korea.
A member of Christian Social Union (CSU) of Germany, Koschyk MdB is also Chief consultant of Korean-German Advisory Group on the Foreign Policy towards Reunification, Representative of Korean-German Forum, and German leader of Germany-North Korea Parliamentarians’ Friendship Association.

He also mentioned that North Korean officials usually referred to the attitude of US for not sitting on the table of Six-party talks, and that he felt we were in a tough situation now.
Furthermore, he heard that denuclearization was instructions from Kim Il-sung and Kim Jung-il, and Kim Jung-eun is also willing to do so. He considers that South Koreans should raise the understanding of North Koreans to approach politically and socially and make an effort for reconciliation.

For the question of asking the current atmosphere in North Korea regarding the execution of the head of Ministry of the People’s Armed Forces Hyun Young-chul, he answered the delegation didn’t notice residents being so influenced by the occasion, but also added that it was difficult to catch such an atmosphere because it was a short visit.

Koschyk MdB was also worried about the dreadful drought situation going on in North Korea, with the water level of Hamheung dam falling down from 15m to 30cm, and also the following energy shortage due to the lack of waterpower generation and the food shortage due to a problem in farming.